13 replies to this topic

Rules: First 2 rounds were full out and the last round was matched opts.

We decided to fight Green Bandits because they were #1 on the Runescape boards forums. So we challenged them to take them down from that pedestal. After winning all 3 rounds we are now #1 on the rsb f2p rankings!

I think this is by far the funniest war we ever had. They had 10 more people them us but their organization was pretty bad so we transition through their pile with ease. It was a pretty easy fight without any problems from us. Towards the end of round 3 it was 20 kills to 7 so we decided to kick and staff bash the remaining 5 kills which was extremely funny! Good work guy! Lets keep it up! 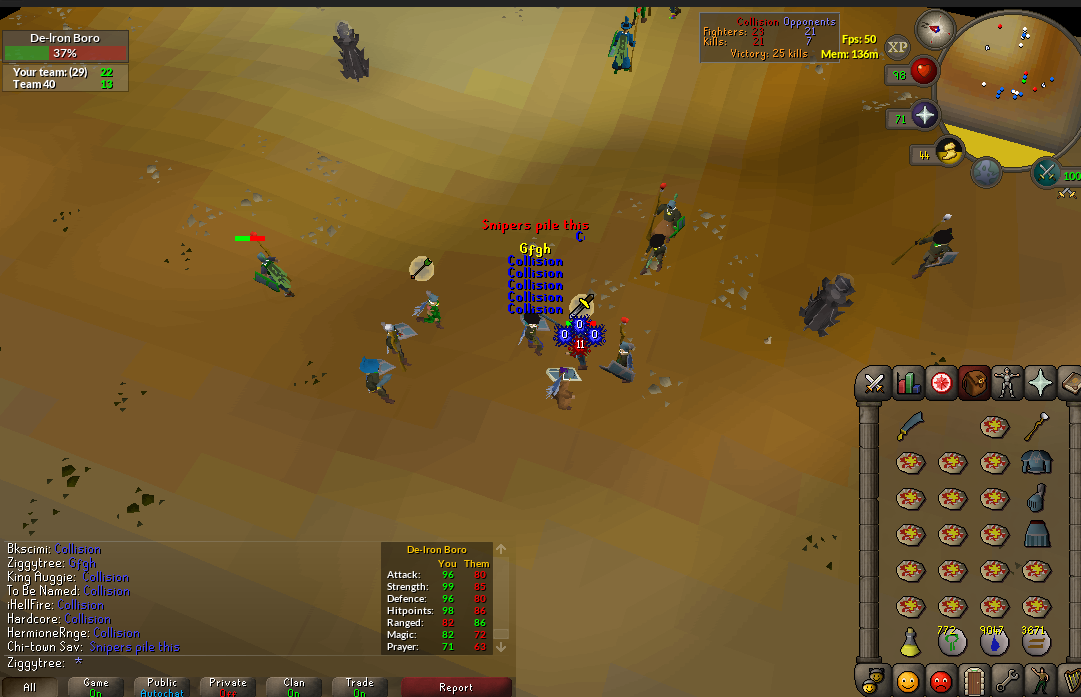 was a fun fight lol

That was a good time holy shit they got rekt Open your legs. I'll be kind.

The Rising Proud Eternal Crusader since 01/2010

"Winning or Losing, my pride is the same!"